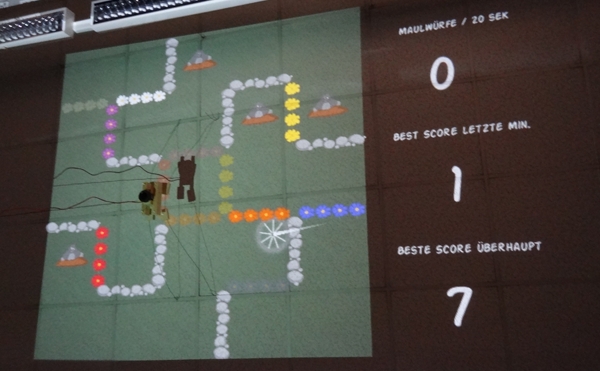 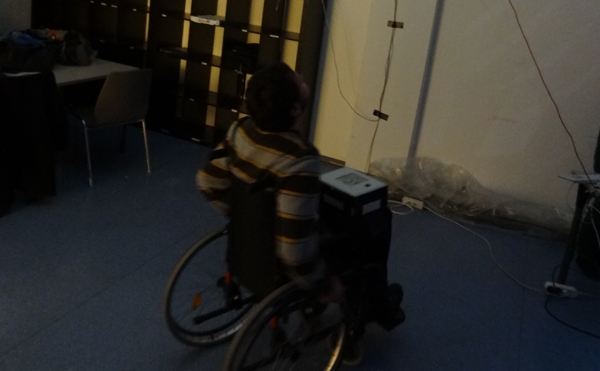 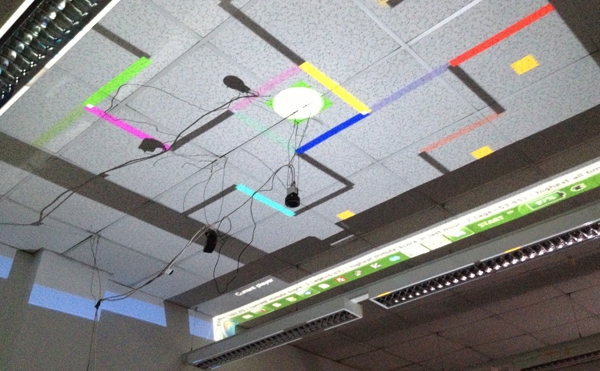 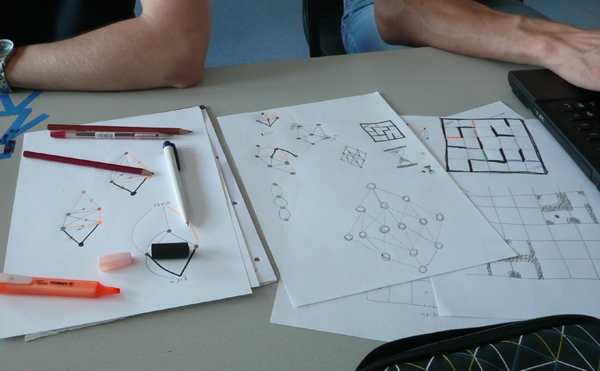 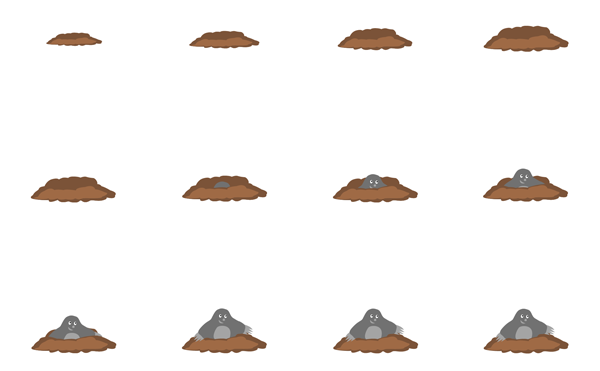 In the exhibition game Rolly Moly the player takes the role of a grumpy pensioner in a wheelchair, who is trying to handle the mole problem in his garden. The wheelchair's movements are tracked by an infrared camera and control the player's movement in a maze, which is projected onto the ceiling above. The aim is to catch as many moles as possible. Other visitors can press buttons on the walls to open or close passages in the game.