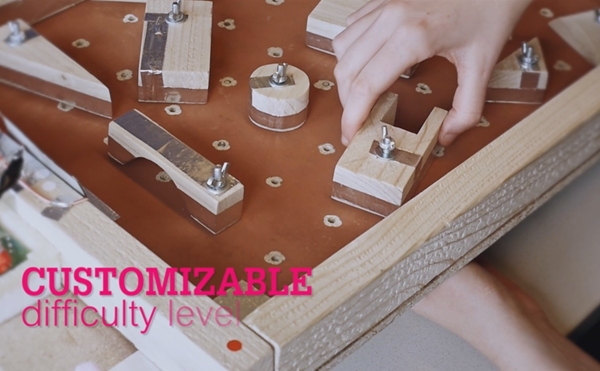 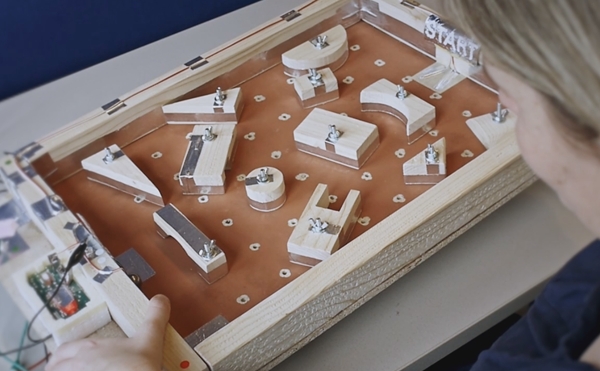 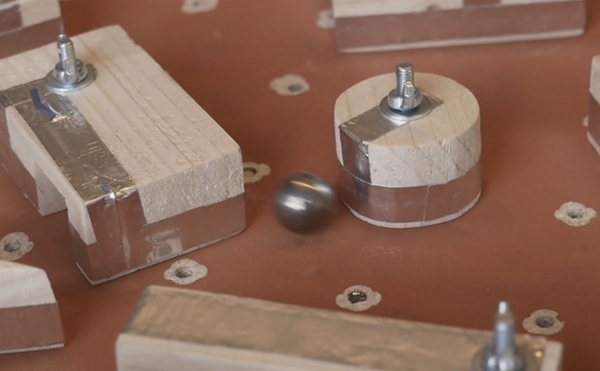 Magicball is a game prototype. The player has to move the ball to the goal as fast as possible while hitting as few obstacles as possible. The time and the obstacle hits are counted and announced when the game is over.
The hits are recognized by an Arduino and sent to a Pure Data patch on the computer which handles the game logic and sound output.